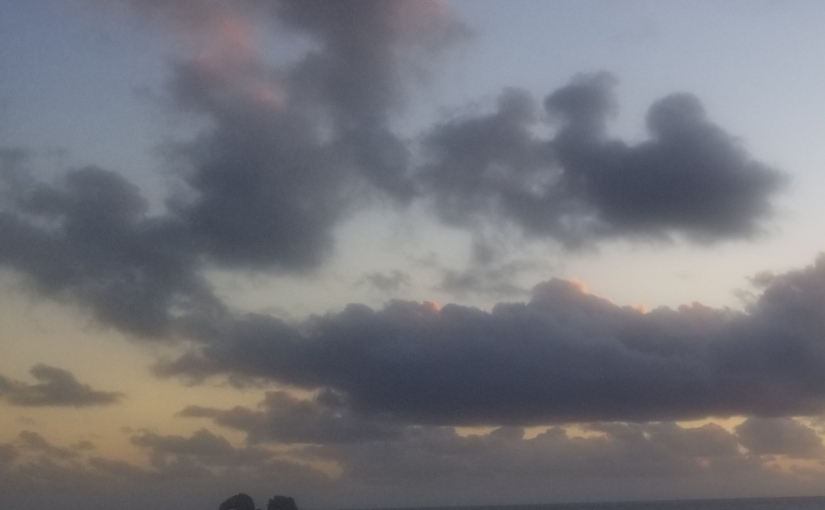 When I decided to start this blog a couple months ago, it was out of desperation. The sense that I was running out of time was palpable. I had butterflies in my stomach constantly and I was an emotional wreck, being crushed under the weight of impending doom. I had no hope and didn’t expect to get any.

In just a few weeks, my outlook has improved dramatically, even if my situation hasn’t.

Writing has been a big part of that. I had things inside that needed to be outside, even if I didn’t know it, and finally getting them down on ‘paper’ has really improved my mental health.

A bigger part, though, has probably been starting pulmonary therapy two weeks ago.

When I started, it had been years since I’d done any sustained physical activity, and I just didn’t think I had the ability anymore. I envisioned nothing in my future but a rapid, unchecked decline in my lung function that would eventually lead to my death.

More important than the measurable (if minor) physical improvement, has been the immeasurable boost to my confidence that has come from being able to push myself past my limitations –to exceed what I believed to be possible.

That boost in confidence has given me hope and a renewed desire to keep pushing, to keep fighting, and to Never Fucking Quit.

So, tonight, I’ll watch the sun drop down into the sea, basking in the last rays of the day, and luxuriate in the beauty of my lazy little town.

Then, tomorrow, I’m gonna drive that hour-and-a-half up to Astoria, walk into the therapy gym, and I’m gonna get to work.

A terminally ill writer and musician, Brian recently migrated from the north Oregon Coast back to eastern Washington State, where he is, in the immortal words of Townes Van Zandt, "waitin' 'round to die." In the interim, he occasionally writes observational and/or biographical essays about what, if anything, it all means. View all posts by Brian E. Holbrook